This section provides information on the price level in major cities in Japan.

The data for each city is based on government statistics.

We will explain each item in detail, and offer suggestions for those who have not yet decided on a place to live to lower the cost of living.

Japan’s Prices in the World 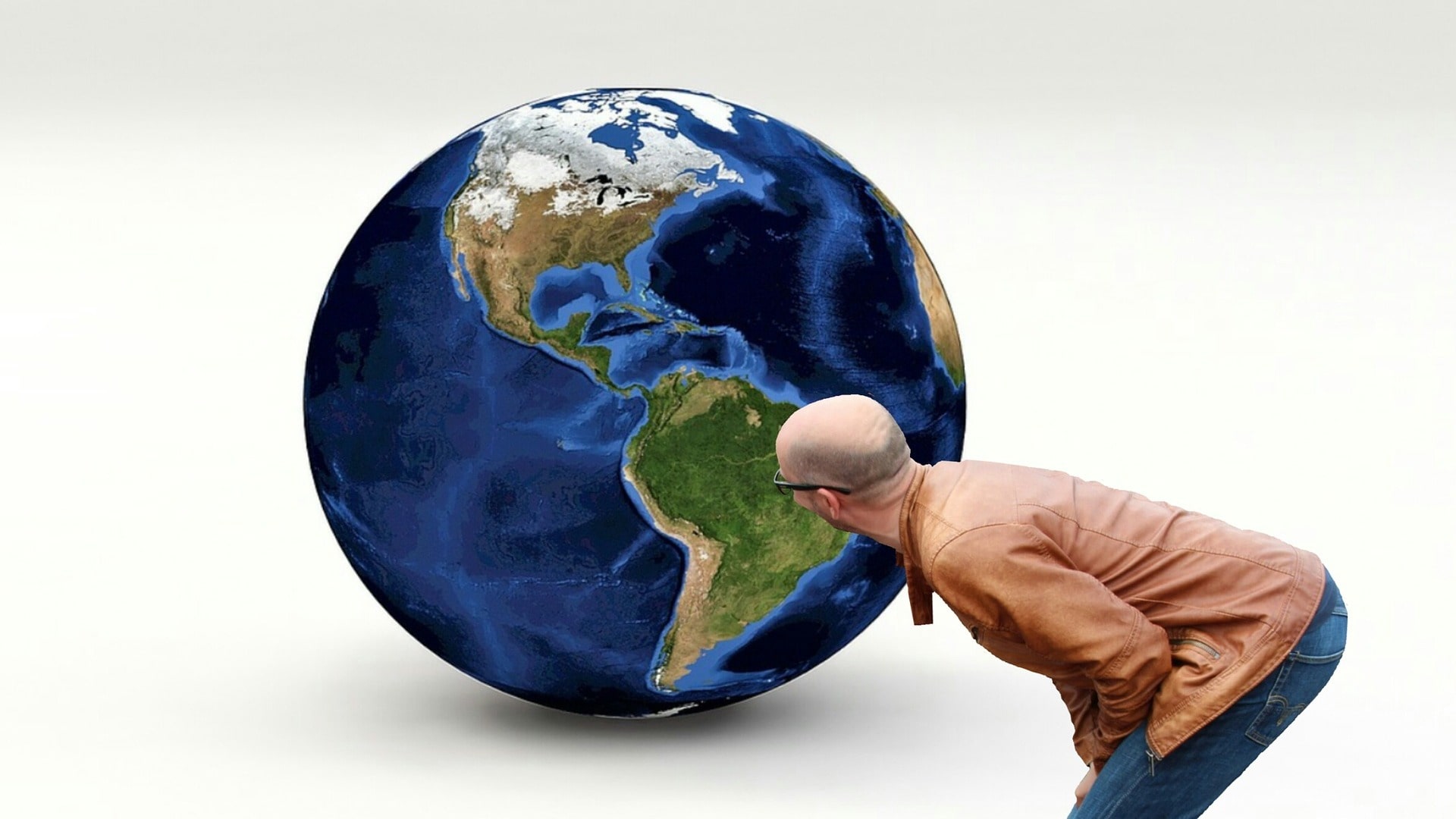 First, let’s look at the position Japan occupies in the world in terms of the price level.

According to OECD statistics, Japan has a price level index of 113, with the average being 100.

This is a relatively high-ranking country, ranking 9th out of 38 member countries. 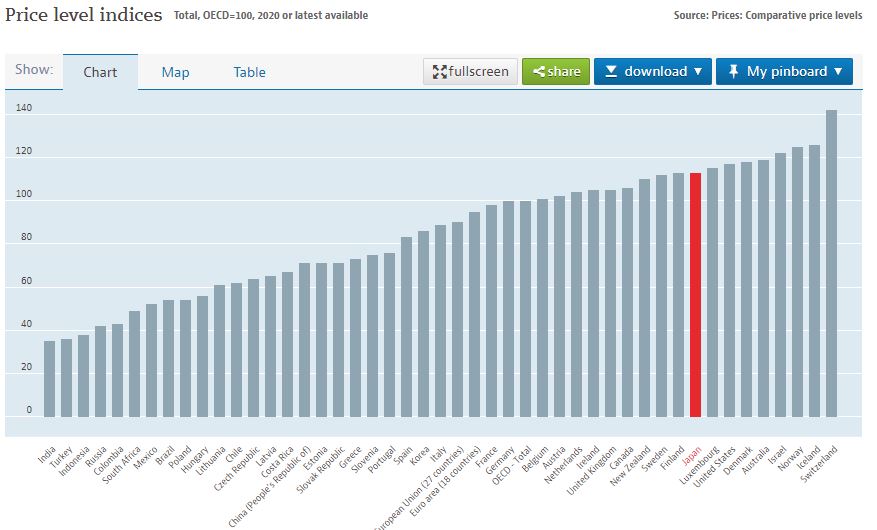 Let’s compare some of the more detailed items, especially foodstuffs.

According to a survey conducted by the Japan Center for International Financial Information, the price levels in Asian countries, Belgium (mentioned as a representative of Europe), and the United States are as follows.

As the term “Big Mac Index” suggests, prices are often compared with the price of a McDonald’s Big Mac.

If you can sort the table in order of Big Mac price, Japan has lower prices than the US, Belgium, Singapore, and other countries.

There is no denying that this is a country with high prices, but there is also a huge difference between items.

As for the specific cost of living per month, the Japanese Ministry of Internal Affairs and Communications (MIC) household budget survey gives the average.

However, housing costs are under-calculated to include people who own their own homes, so when adjusted for average rent, the average cost is US$2,000 for a single-person household and US$4,000 for a household with two or more people.

Cities with high and low prices in Japan 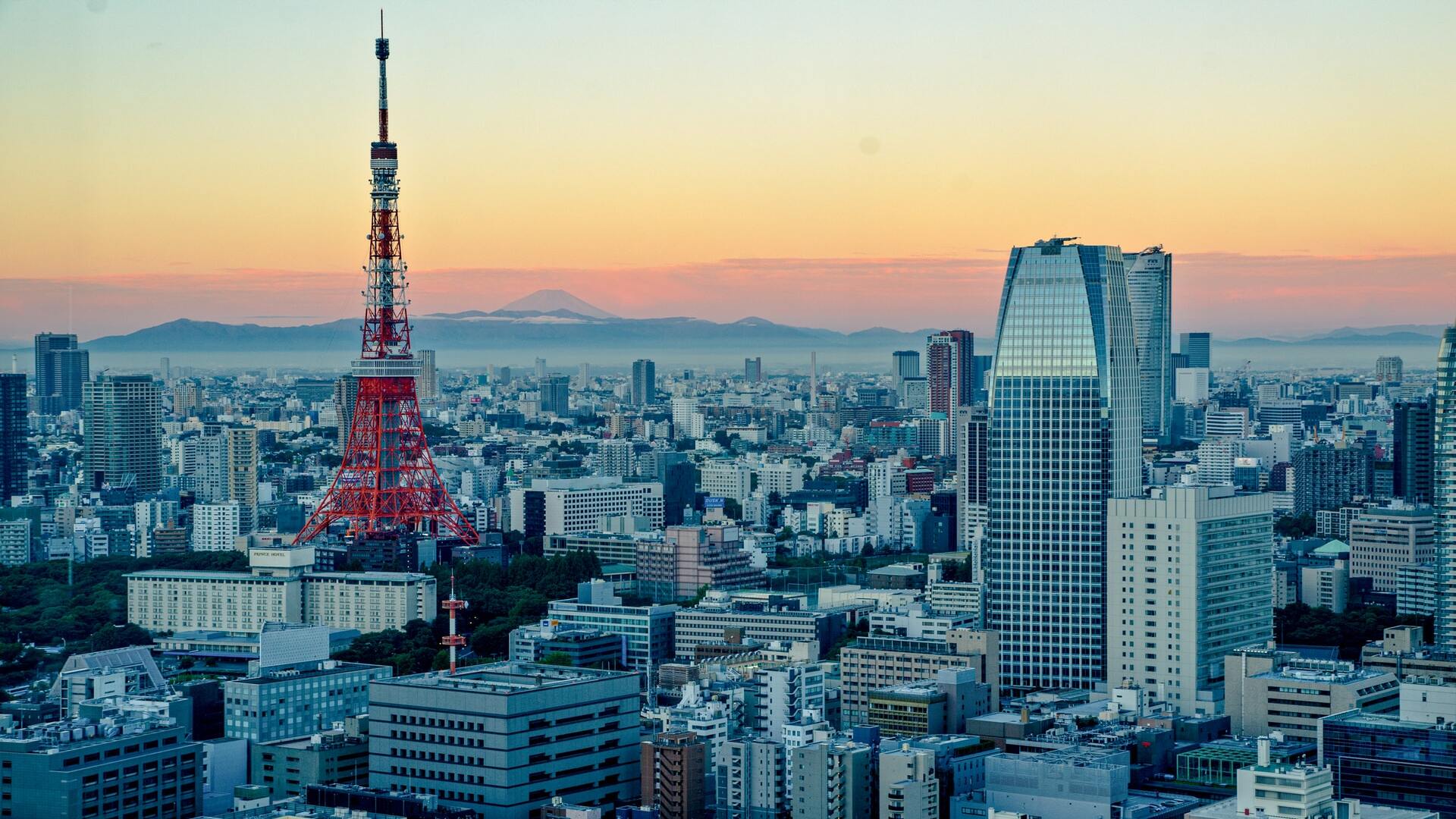 Prices vary in each city in Japan.

According to the Retail Price Survey by the Ministry of Internal Affairs and Communications (MIC) in 2020, the area with the highest price level among the 47 prefectures was Tokyo.

The lowest index is 95.9% for Miyazaki Prefecture in the Kyushu region, located in the south of the Japanese archipelago.

The difference between Miyazaki Prefecture and Tokyo is about 10%.


The biggest factor pushing up prices in Tokyo is the high cost of housing.

There are 10 items in these price statistics, and of the 5.2% difference between the national average and Tokyo’s, 2.3% is due to housing costs.

According to 2018 Ministry of Internal Affairs and Communications statistics, the average rent per month is 55,695 yen nationwide, 80,001 yen in Tokyo, and 38,353 yen in Miyazaki Prefecture.

Here again, you can see how high the cost of housing is in Tokyo.

Tokyo occupies only 0.5% of the total area of Japan, but it is a huge city where more than 1/10 of the population is concentrated.

How to keep the cost of your stay in Japan low 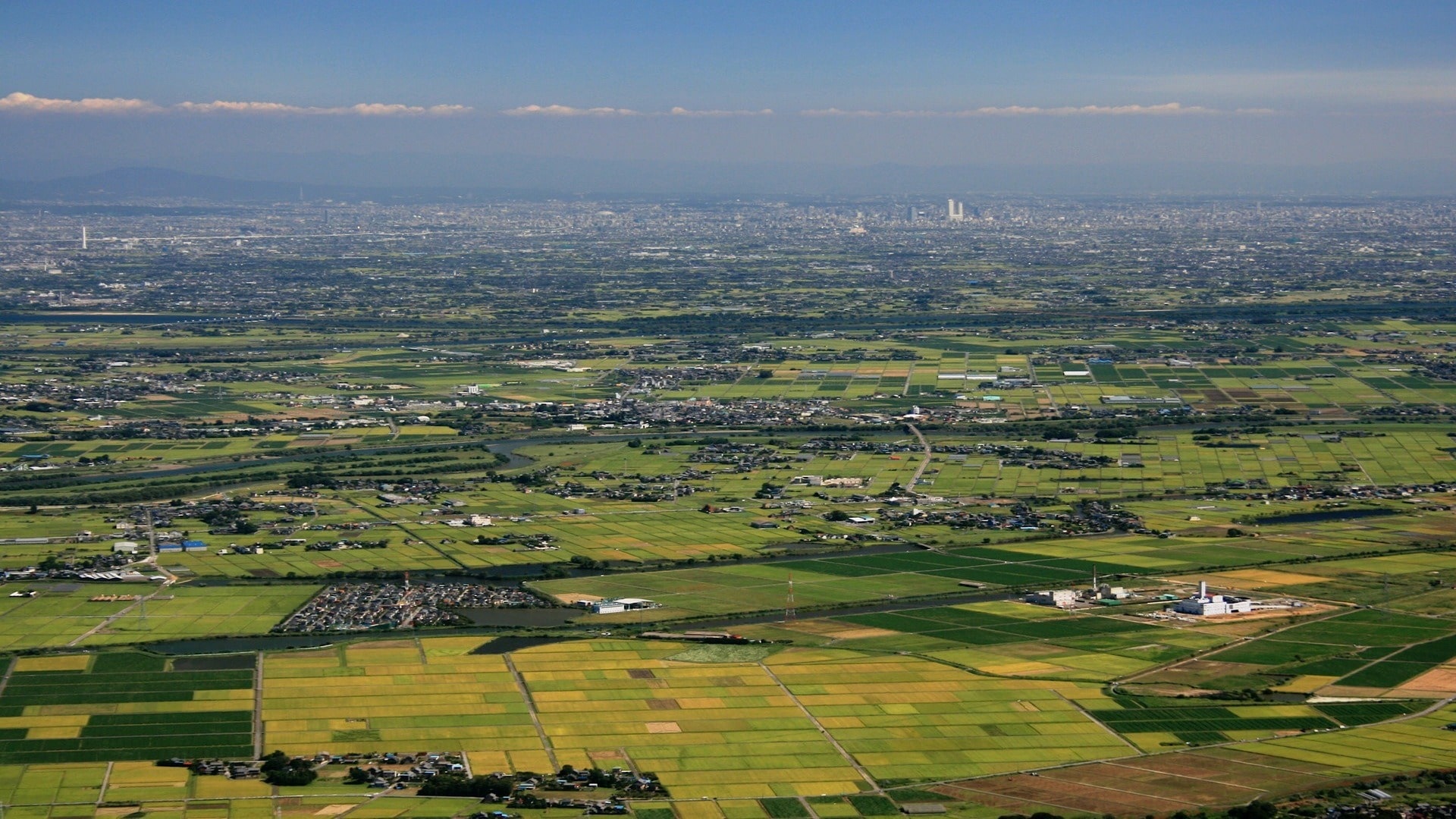 Japan has one of the highest costs of living in the world, although it is not outstanding among the developed countries.

For those who want to reduce the cost of their stay, there is the option of living in a rural area.

Avoiding Tokyo and its surrounding metropolitan areas, such as Kanagawa, Chiba, and Saitama Prefectures, as well as Kyoto, Osaka, Hyogo, and Aichi Prefectures, will help you save on housing costs.

Hokkaido and Saga prefectures offer cheaper rents and a larger living area per unit, which will provide you with more comfort.

In terms of groceries, there is more of a gap between big cities and rural areas than the aforementioned price index in actual life.

The price of cucumber in Tokyo can be as much as a bundle in rural areas.

One thing to keep in mind is that some costs are unique to rural areas.

For example, many people in the Tokyo metropolitan area think that a private car is unnecessary, but in rural areas where trains and buses are scarce, it is indispensable for daily transportation.

Also, in cold regions, utility costs can be high in the winter.

Living in a convenient area with low rent, near a train station or multiple grocery stores in the neighborhood, maybe the best way to reduce the cost of your stay.

The cost of living in Japan is comparable to that of the United States and Europe, and is one of the highest in East Asia, along with South Korea.

If you want to reduce the burden of living expenses when you stay in Japan for a long time, you can live in a local area and reduce the cost of housing and groceries.