This section introduces earthquake countermeasures for investing in real estate in Japan and how to RISK HEDGE your real estate investment.

Japan is a country with many earthquakes, one of the most common natural disasters.

As one of the risks of owning real estate, it is important to take measures against earthquakes.

Even in Japan, an earthquake-prone country, you can reduce the risk by choosing the right property and taking measures.

So let’s get started.

Number of earthquakes in Japan 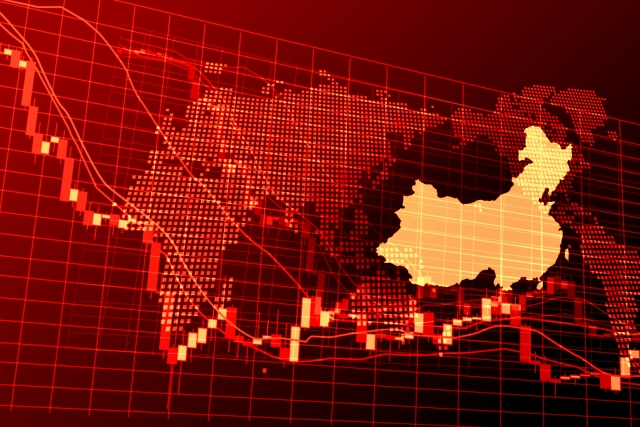 The figure below shows the number of earthquakes in Japan by seismic intensity in 2020. 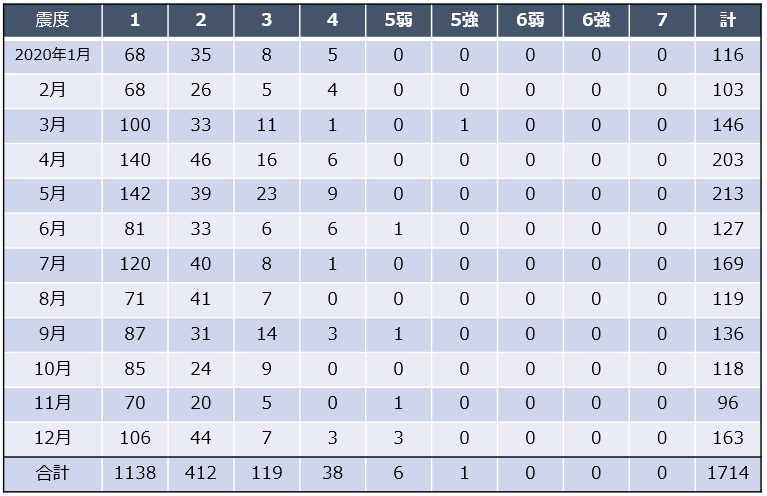 However, the Japan Meteorological Agency has announced that there were no earthquakes that resulted in deaths or missing persons. 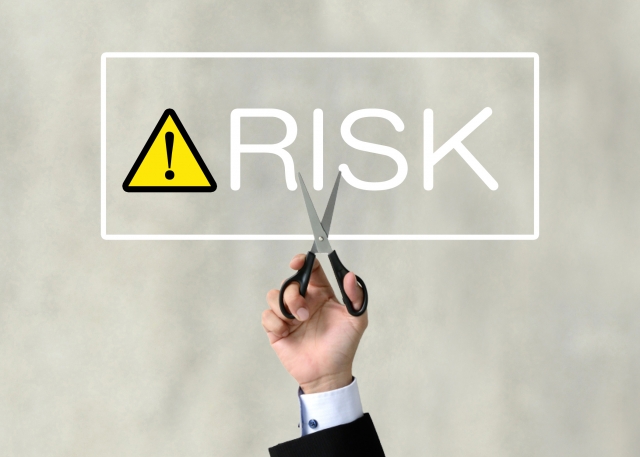 Therefore, when investing in real estate in Japan, the risk of earthquakes can be reduced by excluding Nagano and Gifu prefectures from the list of prefectures.

This is a good way to reduce the risk of earthquakes.

If we look at the Hokkaido and Tohoku regions in the same way, we can see that the number of earthquakes is by far the most frequent phenomenon compared to the Kanto and Chubu regions.

However, as in the case of the Great East Japan Earthquake that struck off the coast of Miyagi Prefecture on March 11, 2011, tsunamis are possible on the ocean side.

Therefore, we recommend that you do not select an area based solely on the number of earthquakes, but also consider the impact of natural disasters and secondary disasters caused by earthquakes before setting the area for real estate purchase.

We recommend that you consider the impact of natural disasters and secondary disasters before selecting an area for real estate purchase. 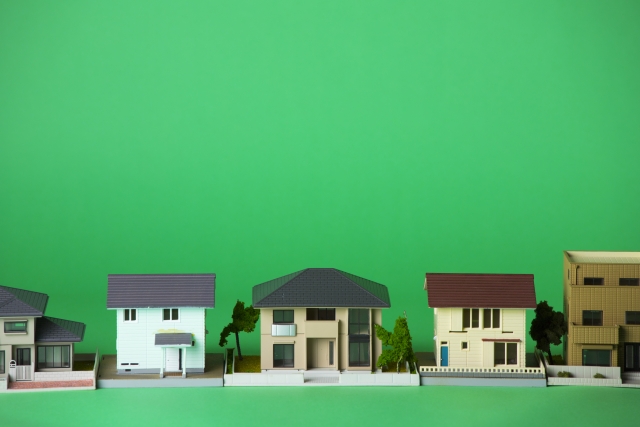 In the past, most residential buildings in Japan were constructed of wood, with some RC structures used for commercial facilities and office buildings.

However, it is said that the number of high-rise buildings in Japan increased after the period of rapid economic growth.

As a result, the Building Standards Act in Japan changed the seismic standards significantly in 1981.

Seismic intensity 5 or higher = No collapse

Seismic intensity 6 or higher = No regulations or standards assumed

Seismic intensity 5 or higher = No collapse and only minor damage.

Seismic intensity 6 to 7 = Will not collapse

Comparing the old and new seismic standards, we can see that the new standard is naturally a more earthquake-resistant real estate.

Another criterion to add to the definition of real estate that is considered new seismic is the time it was built.

When selecting real estate, make sure to target new earthquake-proof buildings, and more importantly, remember the earthquake resistance standards, as it is possible to prevent the risk of purchasing old earthquake-proof properties by clarifying and remembering the timing of these construction standards. 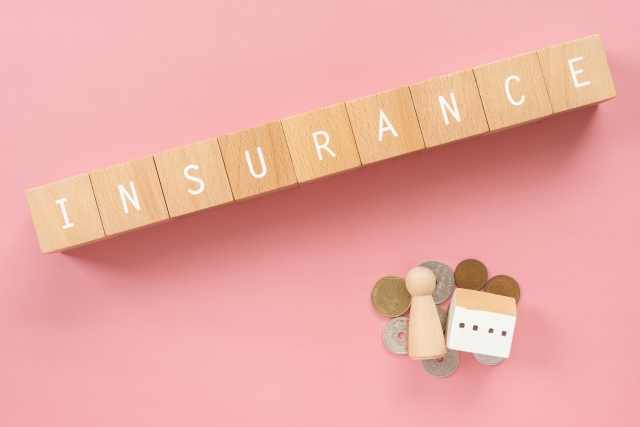 There are other ways to hedge the risk of earthquakes when buying real estate in Japan.

One is earthquake insurance.

Even if you choose an area with low earthquake disaster risk as mentioned above, there is still a possibility that an earthquake will occur, and the risk will not be zero.

The most recognized insurance in real estate investment and purchase is fire insurance.

Earthquake insurance is optional when purchasing fire insurance, but some property owners and investors do not purchase it because it is optional.

Earthquake insurance covers not only the collapse of buildings, but also a wide range of other damages such as fire, burial, and spillage due to tsunami caused by earthquakes.

If you purchase only fire insurance, you will not be covered for damage caused by earthquakes, so you need to be very careful.

Points to note about earthquake insurance 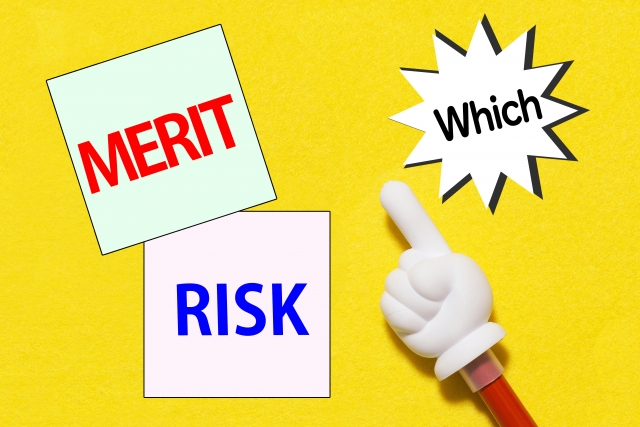 There is a caveat to earthquake insurance.

It does not cover the full amount of damage caused by an earthquake.

The amount of insurance for actual earthquake damage is determined by the degree of damage, from total loss to one part damage, so we recommend that you discuss this with the person in charge of the contract when you purchase fire insurance. 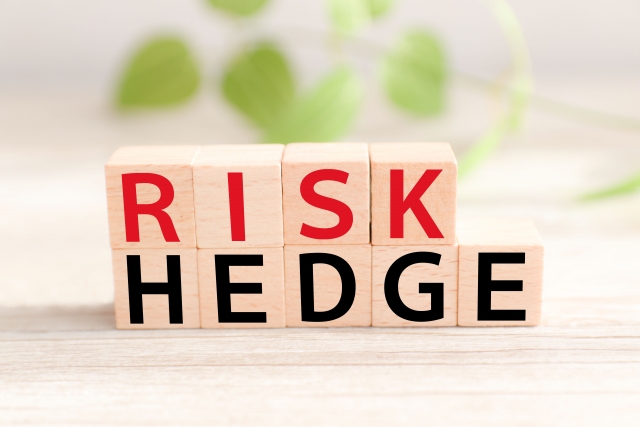 The second way to prevent earthquakes when buying real estate in Japan is to diversify your area.

When selecting a property, it is recommended to choose an area that is less prone to earthquakes, but it is best to avoid concentrating several properties in that area.

It may be less burdensome to have buildings in a concentrated area if you consider investment efficiency and management.

However, there is no guarantee that the area will not be hit by an earthquake, and in the unlikely event that an earthquake disaster occurs in the area you have selected, you could lose everything.

Rather than losing your real estate in a single disaster, we recommend that you purchase and invest in appropriate real estate so that even if you do lose it, you can minimize the risk and make up for it by diversifying.

We have discussed earthquakes as a concern when investing in real estate in Japan, but while natural disasters can be predicted to some extent, predictions are predictions.

For what purpose will you purchase real estate, and how will you achieve your target return while minimizing risk?

Preparing for a disaster before it happens is important, but let’s understand that the measures to be taken when it does happen are equally important, and proceed with the purchase of real estate.